All Services Free and Confidential

I Understand. I’ve Been There.

Have you just had a positive pregnancy test?  You’re scared and don’t know what to do?  Maybe you’re wondering if there’s anyone you can trust right now?  Who are you going to confide in?

I get it.  I’ve been there.  I know exactly how you feel.  I was standing in a bathroom, holding my breath, as I waited the longest three minutes of my life. https://geembi.com/   The timer went off.  I turned the test over.  Two pink lines.  I couldn’t breathe.  After the initial shock wore off, there was no more living in denial. I was pregnant. Now, the only question was, what was I going to do about it?

As a single divorced mother of two, without any support from my ex-husband, I could barely make ends meet as it was.  I wondered how I was going to feed another child when I could barely take care of the two daughters I already had.

Abortion had never been a word in my vocabulary.  That was something other girls did.  Not me.

As the hours turned into days, fear continued to grip me. I started to rationalize why an abortion wasn’t so bad.  I thought it was my duty at least consider it as option.  I mean, it was legal.  I knew other girls who’d made that choice, so it couldn’t be that bad, right?  I found the number.  I picked up the phone and dialed it.  The woman listened quietly as I told her about my struggles as a single mom.  She encouraged me and even insisted abortion was my only option.

So, on a Saturday morning, I drove myself to an abortion clinic for my 9:00 a.m. appointment.  My life has never been the same since.

I know you’re scared.  I know you’re convinced the best and only option is to take care of the problem, then all will be the same again.  I get it.  I felt the same way.

But what I found out the hard way was the abortion I chose cost me so much more than I could have ever anticipated. Abortion is a permanent solution to a temporary problem.  Once you go there, there’s no turning back.

I wish I’d known about pregnancy resource centers.  How different my life could have been today had I known about their options consulting, free ultrasound and the post-pregnancy help they could have offered me?  They would have walked through my pregnancy journey with me, helped me with a parenting or adoption plan, showed me there was another way.  If only.

The woman who enters the doors of an abortion clinic is not the same woman who walks out.  She’s changed forever.  A piece of her is never the same.

You’re worth more than abortion.  Your unborn child is worth more as well.

You don’t want to live with the same mistake I have for years.  It never goes away.  I’ve had to learn to live with my choice, but it came with a heavy price tag.

Yes, I know how you’re feeling.  I felt the same way.  But what I found out was any other option would have been a better option than ending the life of my unborn child.

Remember, Birth Choice is always here to help you through your relationships! If you want to talk to someone more please don’t hesitate to call. We are here to help and empower you 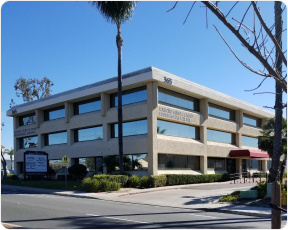 About
Founded in 1987, Birth Choice of San Marcos is a non-profit that offers free support services related to pregnancy, sexual health, reproductive loss and parenting, all in a caring & confidential environment.
Donate
Instagram Facebook-f
Copyright 2021 Birth Choice. All Rights Reserved Birth Choice is a 501c3 non-profit organization.
*The information presented on this website is intended for general education purposes only and should not be relied upon as a substitute for professional and/or medical advice.